We are not ‘in this together’

Coronavirus heightens feelings of unfairness among health workers, carers, teachers and the underprivileged. 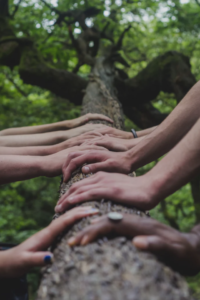 Standing on my doorstep, on those balmy spring evenings, clapping for our carers, I regularly felt myself moved to tears. Me, my neighbours, people from across the street, we all joined in.  All of us there for others, for one cause, to show appreciation and gratitude to those who were risking their lives to save ours. For a brief moment, every Thursday evening, I felt, that ‘things may be tough right now but we are in this together.’

Not so much now.

The clapping is back, extended, so that we ‘clap for heroes,’ yet NHS staff have said they prefer people stick to the guidelines, rather than clap. The founder of the initial campaign has distanced herself from the event having received abuse on social media. It has been widely reported that traffic on the roads is above the March lockdown and the government has suggested that people are less compliant with the current regulations.

I believe that there are two issues. Firstly, it wasn’t only carers who selflessly risked their health. Yet others did not (and still do not) receive the recognition and appreciation they so deserved.  What about general hospital staff, cleaners, supermarket workers, public transport staff, delivery drivers and people from many other professions who continuously put their own health and that of their loved ones on the line and absolutely need a mention? How valued do they feel in the work that they have been doing, often not out of choice, but out of necessity to keep their job, to put food on the table whilst others had the ‘luxury’ to work from home and ‘stay safe’?

The pandemic has also shone a light on pre-existing imbalances in our society and in many cases widened the chasm between those who have and those who have not. Some groups have been more impacted than others, and it is increasingly becoming evident that those who had already been disadvantaged and marginalised, have become even more so.

Care workers in London, for example, who regularly work 12 hour shifts and are exposed to a high risk of infection are paid below the living wage. Many only qualify for Statutory Sick Pay which, at £95.85 per week is not enough to cover the bills meaning that people often feel they have no choice but to go to work even when they feel unwell. Research by the Resolution Foundation has found that low-income families have been further hit financially by the pandemic as parents had to purchase technical equipment for home schooling, spend more money on entertainment and buy more food as children spent more time at home whilst food costs rose due to fewer offers and items not being as cheaply available.

Back in June, black and minority ethnic groups have been found to be more vulnerable to the virus due to existing health issues, living conditions and occupation. The reviews commissioned by the government highlighted that BAME individuals are disproportionately more likely to experience disadvantages in these areas (and there are others). Throughout the summer we witnessed the Black Lives Matter protests which highlighted these imbalances even further. Yet, what has been done so far to address these issues? As I write, the government is considering scrapping the £20 a week increase to universal credit.

As so often during crises, mothers also had to bear the brunt of the current crisis. Taking on the majority of childcare, they are often the lower waged earners and have tended to take on most of the home-schooling duties, which can take a huge emotional toll. As many work part-time or are self-employed, they have also been financially hit. The campaign group Pregnant Then Screwed which fights against the ‘motherhood penalty’ is taking the government to Court as the calculation of the self-employment grant scheme which is based on average earnings over the previous three years, disadvantages self-employed mothers who earned less during their maternity leave.

Teachers have also been hit hard. Exposed to the virus in school, many fell ill and subsequently passed it on to their families. They had to learn new methods of delivering lessons online, often whilst juggling home-schooling their own kids. Headteachers and senior staff who, after five months of managing their school in a crisis, had to work through their summer holidays to be able to implement the new guidelines in the autumn. Their Christmas break was cut short by having to plan the implementation of mass testing and in January, they had one day’s notice to close schools and revert back to ‘online teaching’. Now they might have to get their heads around new exam board assessed tests in lieu of exams. There is very little acknowledgement of the stress they are under.

But the stresses of coping with a pandemic are considerable for everyone.

One thing many people experience is a tendency to focus more on the needs of others as opposed to their own. Yet, we all know that the health & safety announcement before take-off on a plane tells us to put the oxygen mask on ourselves first. Only when we have enough to meet our own needs can we help those around us without becoming ever more depleted.

I know that many people, health workers or not, feel guilty or undeserving for asking for help. They may believe that others who might work on the frontline or are potentially more exposed to the virus, have a greater need, a greater entitlement to receive help somehow. I would like to dispute that.

Everyone needs help and everyone is deserving of help. We are all individuals with our own unique ways of coping and our own reserves of resilience. Please do not judge yourself if you are struggling. Instead, acknowledge it, be kind and promise yourself to get help. Isn’t this what you would do for someone you love?

Many employers offer an Employment Assistance Programme that provides counselling support to their employees. This can be a valuable source to those in need, but sessions are often time-limited, and staff can feel a sense of shame when disclosing to their boss that they would like access to this service.

At Phoenix, we offer an independent and confidential service with a wide range of therapies to address mental health issues. We have received funding to help those who may otherwise not afford counselling or therapy and can offer subsidised sessions. It doesn’t matter who you are or how exposed you are to the virus. If you are struggling, please get in touch. We’re here to help.